UC Riverside’s power claims communicate the university’s impact, quality, and effectiveness. You may use the power claims on their own or in combination with other messaging to support marketing, communications, fundraising, and other university initiatives.

They could be used in headlines and in supporting statements including, but not limited to, the following:

The power claims will be revised twice per year by University Communications, in consultation with Institutional Research.

UC Riverside ranked No. 40 Best College in America, and No. 31 among public universities –Money Magazine 2022-23

For the fourth consecutive year, UC Riverside is the top public university in the United States for social mobility. – U.S. News 2023

UC Riverside ranks #1 in Economic Mobility within the UC System, and ranks #18 among all public and private U.S. colleges. – Third Way 2022

Among U.S. colleges where at least 50% of students receive Pell grants, UCR ranks #1 in Pell first-year retention rates, and #3 in Pell recipient graduation rates. – The Chronicle of Higher Education 2021

UC Riverside ranks among the top 15 U.S. public universities that pay off the most. – CNBC

UC Riverside enrolls more students who receive Pell Grants than nearly every university in the country, and more than the entire Ivy League combined.

UC Riverside is the top-ranked research university in the country for student social mobility. – CollegeNET

CNBC ranks UCR in the Top 10 colleges that pay off the most in big cities.

As a member of the world’s most prestigious public university system, UC Riverside ranks among the top 1.3% of universities worldwide. – Center for World University Rankings 2022-23

UCR’s distinguished faculty boasts 2 Nobel Laureates, and 15 members of the National Academies of Science and Medicine.

UCR ranks as the No. 9 greenest college among public institutions – The Princeton Review

Located in the 10th most populous county in the U.S. and California’s fastest-growing region, UCR contributes $2.7 billion to the U.S. economy. – 2017 UCR Economic Impact Report 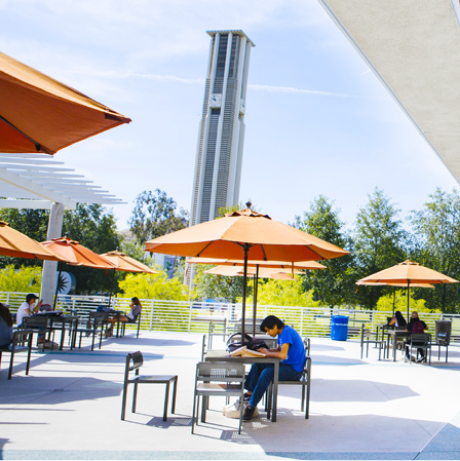 One of fewer than 20 public U.S. universities to boast multiple Nobel Laureates on the faculty

One of only 29 public U.S. universities with a Nobel Prize winner on the faculty.

The Education Trust named UCR among the best in the U.S. in terms of graduation success for Latino and black students.

One of the Top 30 public institutions contributing to the public good. – Washington Monthly

UC Riverside ranks No. 20 on among the Most Affordable Colleges in America. – Best Value Schools

UC Riverside is No. 14 among universities nationally in CNBC’s annual “50 Colleges that Pay Off the Most” list.

UC Riverside ranks No. 41 among the most innovative national universities. – U.S. News 2023

For its strong commitment to the environment and sustainability, UC Riverside is designated a Princeton Review 2022 Green College.

As a Hispanic Serving Institution (HSI), UC Riverside is among the first universities to receive the Seal of Excelencia for outstanding commitment to the support of Latinx students. – Excelencia in Education

UC Riverside is among 35 Hispanic-Serving Institutions (HSI) to be named an inaugural 2021 Fulbright HSI Leader. – U.S. Department of State’s Bureau of Educational and Cultural Affairs 2022

No. 2 in Entomology research in the world – Center for World University Rankings

Ranked No. 2 in the world, UCR’s research in Entomology leads the global fight to save bees and other endangered pollinators.  – Center for World University Rankings

Ranked No. 2 in the world for research, UCR’s Department of Entomology maintains one of the largest collections of insect specimens the nation. – Center for World University Rankings

Ranked No. 2 in the world for research, UCR’s distinguished Department of Entomology houses one of the nation’s largest research team of bee experts.

A global leader in agricultural research, UCR has produced more than 40 different citrus varieties, including the popular Tango mandarin.

Home to the largest indoor atmospheric test chamber, UCR is a national leader in air pollution and alternative fuels research.

UCR’s renowned Botany and Plant Sciences Department boasts the largest group of female National Academy of Sciences members of any single department in the nation. 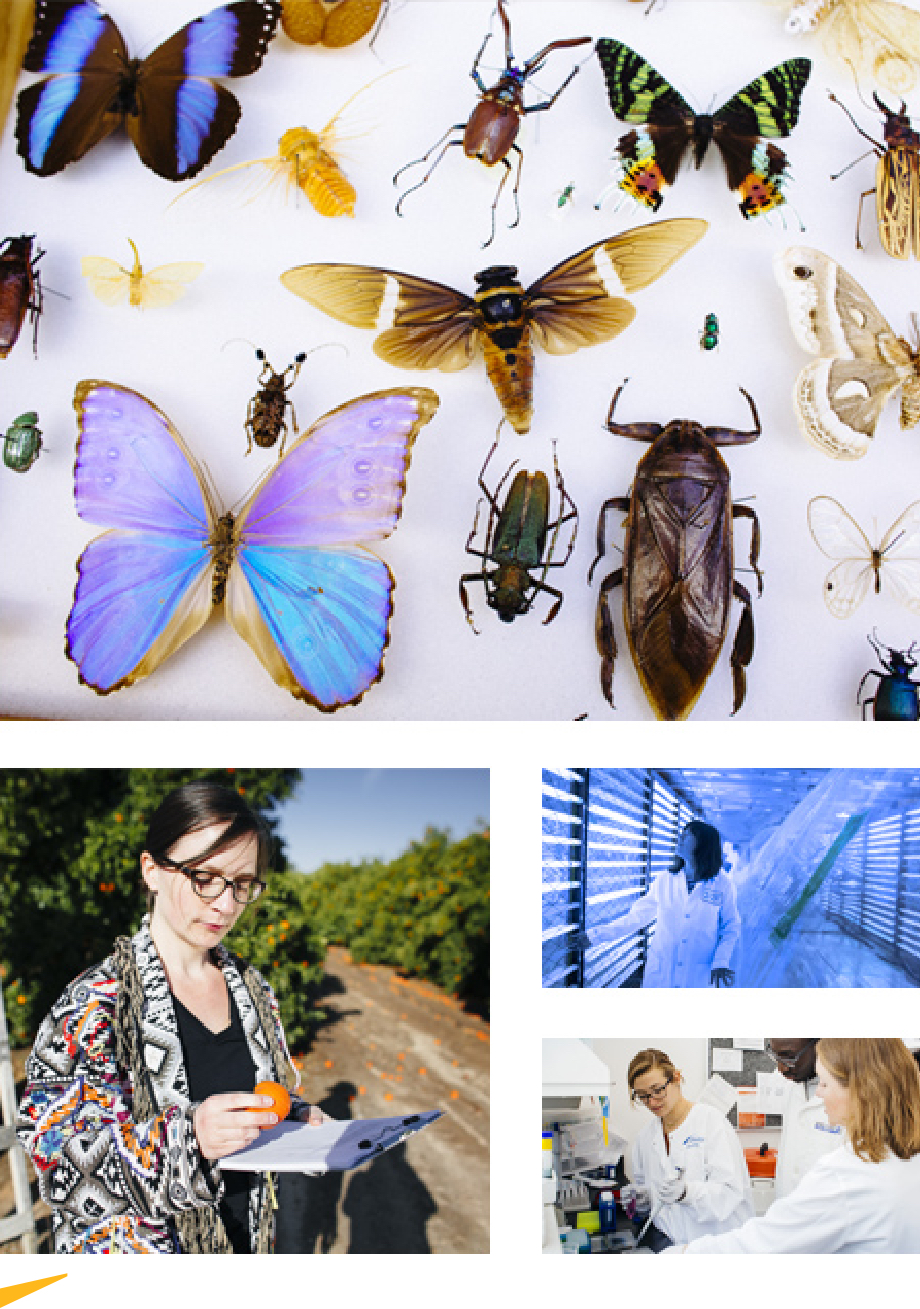 UCR is a member of the University Innovation Alliance, the leading national coalition of public research universities committed to improving student success for low-income, first-generation, and students of color.

The UCR School of Business houses the largest undergraduate business program in the UC system.

UC Riverside is the first UC to offer an Indigenous language series that fulfills graduation language requirements to all students.

UC Riverside is the first UC campus to offer Cahuilla language as an accredited language series.

UCR School of Medicine ranks No. 6 in the country for diversity. – U.S. News

UCR Writers Week, in its 45th year, is the longest-running free literary event in California and features the most renowned authors of our day alongside those at the start of promising careers.

Home to one of the world’s largest cataloged collections of science fiction & fantasy literature and memorabilia.

UCR’s California Museum of Photography is the largest photographic center in the western United States, housing the region’s most comprehensive public camera collection.

A leader in diversity and inclusion, UC Riverside was the first campus in the nation to offer a gender neutral housing option (2005), as well as the first campus in California to open a professionally-staffed LGBT resource office (1993) and to offer an LGBT studies minor (1996). Named one of the 11 Best Colleges for Queer Women by PRIDE.COM (2019).

With a mission to protect crops and native ecosystems from destructive pests, UC Riverside’s Center for Invasive Species Research is the only one of its kind in the world. 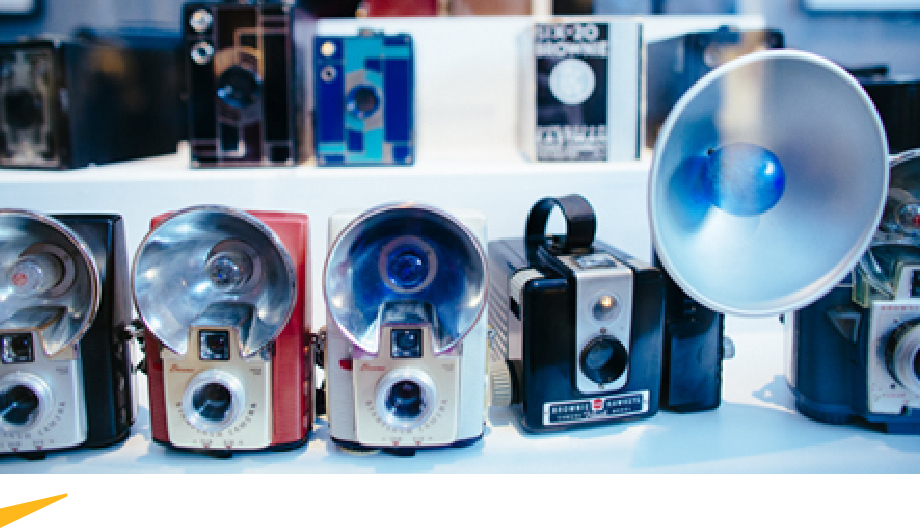